A downloadable game for Windows

A thousand years ago it stopped raining, and all Earth's water evaporated into the clouds.

Explore the last monuments of humanity, as one of the only people alive, while coming to terms with the bleak reality that lies ahead.

If you enjoyed Cloud Climber, be sure to check out my other game Choo-Choo Charles on Steam!

A very unique short experience. I am glad that I stumbled upon this while checking out your Youtube channel. Great work! I am looking forward to playing your other games as well, especially Choo Choo Charles!

I liked it for a while - moving and the little stories were interesting to watch. But it felt a bit ... eh at the end. Not incomplete, so much, but just ... lackluster. I expected a bunch of different outcomes, but this all seemed a bit too empty. So while I liked the mechanics, I felt the ending was lacking.

Enjoyed the game, I have one question, did you make this game so that people will learn to not be selfish?? Cause that was what I took away from the end of this game and if it is, great job

great graphics, too much textXD

very short, but but so fulfilling, and has an interesting atmosphere
good job, looking forward to see other projects from you

What a pleasant, short play.  Thanks!

Reply
Beef Gravy Studios222 days ago(+1)
Love the art and music and story. Excellent work
Reply
fuziontony123225 days ago
I had fun playing My Beautiful Paper Smile, this one is another masterpiece even with the short gameplay and simplicity of it. Keep making more games, please!
Reply
Matalla227 days ago

This is a short, free game with the most fantastic atmosphere and a poignant story. I loved it and would buy a longer game based around this idea without hesitation.

just started playing And so far i love the atmosphere and story .  good job

I liked the experience very much, thank you!

Great Short Game, Love the atmosphere of the walking. I look forward to more!

This game is heavy on the CPU.

On my PC the game is more GPU intensive. Even in the menu my GPU is at 100% utilization.
My specs:

Just posting this if the developer might want to troubleshoot.

Great Short Game. Love the art, Love the Atmosphere. Would Love to see this expanded on somehow.

Posted a review just because I felt it kind of deserved one.

So much bleakness and atmosphere here. Yes, it is a five-minute walk tops. Yes, it has a cartoonish texture style. Yes, it guides the player and just flat-out tells them what they should do next which is not great design. No, none of that really ruined this brief experience for me.

Writing is minimal in some ways, and fragmentary, incomplete, but it does enough to get a sense of the concept across. I wasn't entirely sure if the character was the last one left there or not - but clearly things had fallen apart very badly for his society which we seem to see as the last one left on Earth. Most of them maybe turned on each other shortly before this walk?

Ending was therefore both sad and beautiful, bittersweet. If the people there had lasted or held out a bit longer maybe they would have seen this. Maybe there are others still alive and they will. But not everyone.

It may be a brief story but it works enough, it is a good and genuinely interesting concept, and if the dev wants to push onwards to something longer and more substantial I would be willing to back that a bit TBH.

Us Indie devs need to stick together and help each other. It is a tough field and maybe we can assist each other in what we're doing.

I know firsthand - I have a ton of things on itch.IO and they are doing okay so far but not exactly going great. I keep working on them though. Hopefully someday some of that will take off nicely. https://matthornb.itch.io/

That was Amzing, I Love the Art Style...

Reply
Lency289 days ago
A very interesting story,  and amazing graphics. For how short it was, I enjoyed my experience playing.
Reply
ligerdavy290 days ago(+1)

What a story, what a design!! Beautiful. Congratulations!

This game is beatiful and a fun experience

Beautiful game and loved the story, got me wanting to try out the other games now. Thanks!

i loved this.. it was really sad (but happy!) and beautiful and at the end i felt so relieved for the imaginary character i was playing as.  thanks for the game.

Reply
Rybonesk307 days ago
When the rain doesn't come to you, you go to the rain.

For anyone wanting to try this - just watch a video. Its a 3 min walk.

For the dev:
Writing needs a lot more work. If you are comfortable to use your voice, you should use it for everything. Dump the notes. I only read the first one. The idea and visuals are great. Flesh out the character and the environment. How did all this begin? What was the player doing and how he felt about that? Also guiding the player with "hmm i think i should do this and that" is super over done and cringe. Find more clever ways to guide. You have a lot of freedom here in terms of writing, tell us stories from this world as we walk. Make me care about the character by hinting at his core desire and how his personality in the environment makes him act to get it, and what conflicts obstruct him from getting it. Write around your words and dont be blunt.
Great job on the demo!

dude u couldve just email them this game idea instead of telling them what to do with a DEMO of a game and probably theyd consider what youre saying here. Good advice though.

I loved the build up from the beginning of the game till the end. The ending really hits me. Hope to play more of your games.

I have my gameplay included in this video:

I've completed this game 2 times and it's really good. I love how you have to explore to find the pages and go insiade unnecessary rooms to find them. But of course the best bit is listening to the rattle locked doors make... the second time I played I thought to myself that it would be great to have replay value on this. I mean like getting collectibles like a hat or a shirt or just an object you find aat an area after beating the game. And I would love a second part to the game like you're another person at another tower far away from the first part and at the end you meet or something like that. Like a second stage. But that's just my opinion. Very great game 👍

it was really great ! Loved it.

This game... a beautiful tiny masterpiece! I love the story and the message at the end. THANK YOU FOR CREATING THIS FOR US!

Very nice and relaxing game, I liked it a lot

i was really impressed with this game very relaxing and chill

I'M WALKIN' ON SUNSHINE! OHHHHHHH NO!

Here is my review for your game... by the way, the game contains lots of notes which is going to ruin the gameplay, for the future if you are going to work on the game, you should for sure expand the story from the start... the idea of the game is creative and interesting a lot.. i loved the ending of it.

For those who can, i really need your support so subscribe to my channel.

The notes are to make the game longer and explain backstory. If you don't want to read them, then don't. Plus those notes explain what happened in the past, like how people have died. Expanding the story from the start would be boring, as everything would be explained from the start and there would be no point of completing the game and that sense of finding the pages and reading them for fun would be lost. If I already knew everything I wouldn't read the pages. But just my thought on it.

Your opinion is highly respected sir, same as mine ;)

I have been a gamer since the age of 5 and been doing reviews for almost 20 years, so do trust me when I say this, that much of reading in this according to you too "a literal FIVE minute game" is going to be extremely boring and will ruin the game, no would read that much of notes and not expecting even to meet one character from those being mentioned. However, reading for the aske of exploring what happened is really fun, so you are right sir... again you are right and I liked it too, cause I read them all.

Now for making the game longer from the start, here is why: The game is too fast to finish, again even you said it is "a literal FIVE minute game" which makes the experience so short to go only from one tower to the other with no objectives between them. Giving a context from the start, like being with some characters building towers (this being as a flashback you play it for a short time) without giving any explanation why the towers are being built.. the rest of the game, you already have it.

However, all of what you said sir, and all of what I said here too is not up to me or you, we play games and we give reviews or even ideas and opinions, the rest is up to the developers

you should make the full version and make it paid ;) 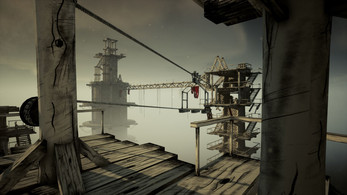 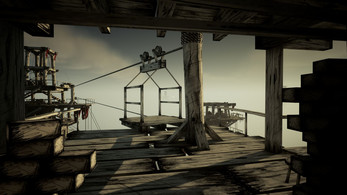 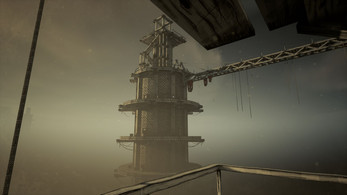 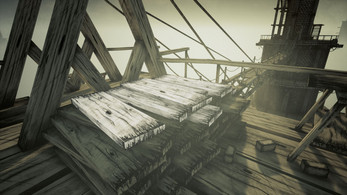 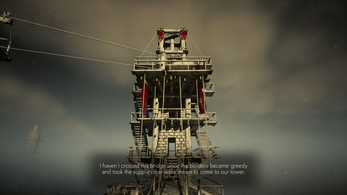